Dynamic pricing is eating the world

Since all men are equal before God, all men should pay the same price for the same goods. That was essentially the idea that the Quakers had in mind when they started selling their products at fixed prices. The price tag concept was born, it was mid-18th century.

Since then, setting and paying fixed prices have become the normal way of doing in business. True, some industries got rid of the practice along the way (eg. airlines, hospitality, rentals, insurance, online display ads…), but most economies have remained built around the very concept of price tag.

A shift might be just around the corner though. Lately, dynamic pricing seems to have extended way beyond the usual yield-management suspects. Uber is using it for cabs, Disney, for theme parks and Marks&Spencer for retail.

The list goes on and on, and expands beyond these somewhat famous examples. However, the fact that dynamic pricing has been under the spotlight lately, doesn’t mean that it’s a new concept or idea. The truth is, most industries have been using some form of dynamic pricing way before it became the trendy buzzword it is today:

What is even more noteworthy, is that at their very core, these examples are very similar to the modern applications of dynamic pricing. All of them attempt to get a sense of consumers’ willingness to pay at a given moment, based on several data points such as competitive intensity, inventory, location, consumer segment, urgency, etc.

Dynamic pricing for all

Three barriers used to block the way for most businesses to start using dynamic pricing: complexity, perceived risk of backlash and lack of relevant data. For most industries, these difficulties have been overcome during the past decade though:

These changes are what allowed industries that would have stuck with their former fixed price models otherwise. Consider cinemas, an industry that is far from being cutting-edge in MarTech. Many of them are now adjusting prices in real-time based on pre-sales, time of booking, weather and various other demand drivers. None of them built a dynamic pricing model from scratch though. They simply phoned Smart Pricer, a software company that does that for their niche.

The truth is, roughly anyone can do somewhat advanced dynamic pricing today. Even the most non-techy WordPress site owner can do it: there’s a $129 plug-in that unlocks the feature!

From guesses to measurements

The second interesting change, lies in the capabilities and promises of dynamic pricing models. More precisely, in the fact that we shifted from extrapolation-based techniques, to measurement-based techniques.

Extrapolation techniques rely on extrapolating an averaged observation about the behavior of a few consumers to the whole consumer base. For example, the fruit seller knows that most people will be willing to buy more fruits if the price drops. So, he drops the price for everyone, by a number that seems reasonable to him.

Measurement techniques are different. They rely on accurately measuring consumers’ willingness to pay based on the analysis of several impactful data points. For example, Amazon’s dynamic pricing algorithms can precisely measure the traffic volume it gets on individual product pages, and what the conversion rates are for each product. If it detects a surge or a decline, it can adjust the price and A/B test different price levels until it finds the sweet spot.

Below is a graph that maps the price evolution of a footwear deodorizer. The price spiked seven times over six months, up to x2 the normal retail price. It turns out that each of these spikes happened following the publication of articles about that very footwear deodorizer in major press titles. These articles most likely resulted in traffic spikes on Amazon, who raised the price more or less depending on how big the traffic increase was, from an extra $5 to an extra $9. 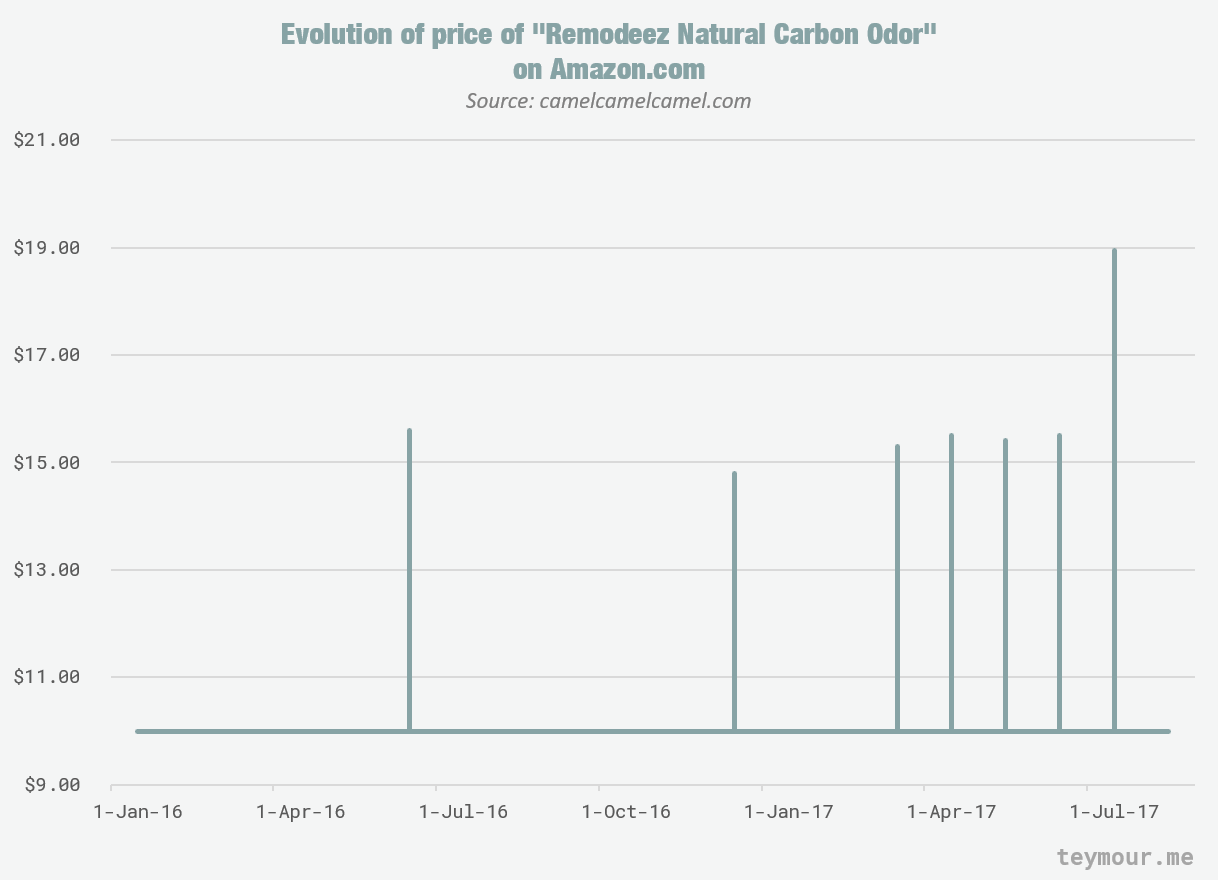 The ability to personalize price points for each individual consumer is the other big innovation brought by measurement-based techniques. Just like regular dynamic pricing, the idea of personalized pricing is not new per se, insurance companies have been doing it for ages when charging smaller premiums from “good drivers” for example. Also, it is not yet as widespread as regular dynamic pricing due to higher technical requirements. Yet, the few cases I heard about make it sound very promising!

Consider the story of Mavi. They are a premium jeans brand retailer that increased their orders by 68% thanks to similar techniques. More precisely, they are personalizing the discounts they give to their customers, based on each customer’s profile. The top predictor of the discount level most likely is the average order value. What is really interesting though, is that they also included the predicted customer lifetime value as a predictor of the discount level.

I find this addition really exciting as I believe it has the power to change what pricing is used for. Pricing has traditionally been about three things: positioning your offering, avoid leaving money on the table, and clearing out your inventory. By taking customer lifetime value into account when it comes to setting prices, one adds an extra use case for pricing. That is, using pricing as a customer retention tool.